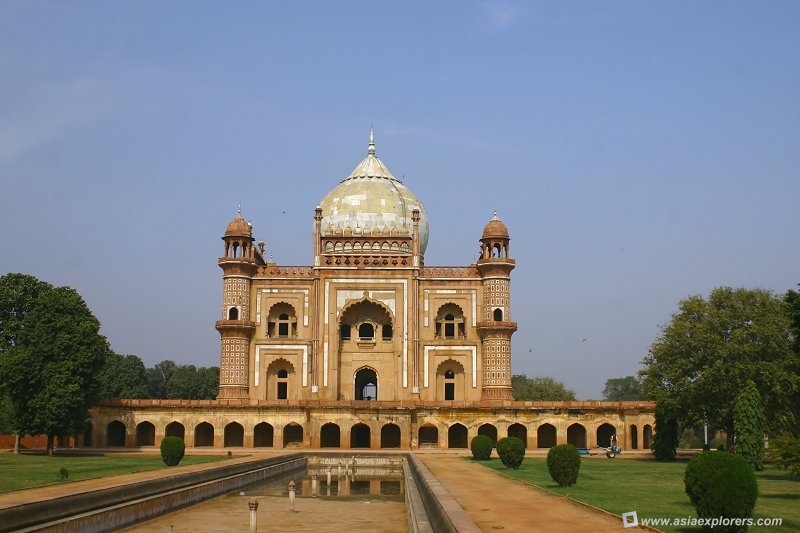 Located beside the Safdarjung airport in New Delhi, Safdarjung tomb was built by the Nawab of Awadh of his father. It is one of the finest examples of architecture in India. The second Nawab of Awadh dynasty is popularly known as Safdarjung. He was born as Muhammad Muqim Khurasan in the province of Persia and migrated to India in 1722. He succeeded his stepfather and maternal uncle, Saadat Khan, the throne of Awadh. In order to occupy the throne, he had to pay an incredible sum of money to Nadir Shah.

Later, the Mughal emperor Muhammad Shah gave him the title of Safdarjung . It was an effective administrator and handled the hotel Awadh with great precision. Safdarjung rendered valuable assistance to the weakening Mohammed Shah. Soon, he figured prominently in the court of Delhi. When Ahmad Bahadur Shah ascended the throne in Delhi, became his Safdarjung Wazir-ul-Mamalik-i-Hindustan or Prime Minister of India.

Safdarjang’s Tomb was built to commemorate the memory of Hindustan Wazir. It is located in the centre and has a huge dome. There are four channels that bring water to four buildings. One channel has an ornately decorated bridge, while the other three pavilions, housing built in the walls. There are octagonal towers in the corners. There are also four tanks oblong (channels) on each side of the tomb.