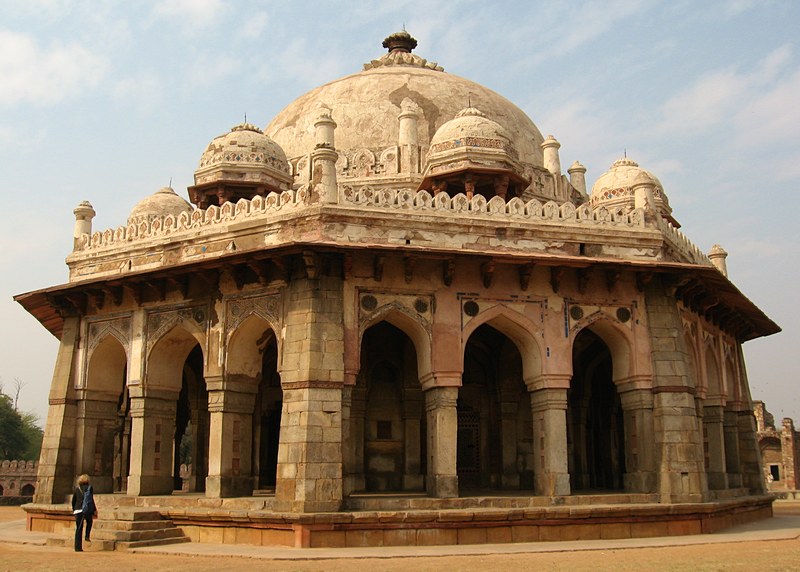 Isa Khan ‘s Tomb is located just outside of Humayun ‘s tomb chamber in New Delhi. It was built in honor of Isa Khan, a courageous and brave noble under Sher Shah, the Afghan leader who had overthrown Humayun. It was built in 1547, in an octagonal structure. It is an architectural gem in Islamic art in India and remained a model falls between the ruling families in his time. Inspired by the tomb of Sikandar Lodi, which is 300 years older than the Isa Khan tomb, it can boast of having more graceful proportions. The chhatris ‘or small kiosks and pinnacles around the dome, which were introduced here look very elegant.